Many people use Strava to record runs and bike rides. Strava has collated all the GPS data points to create an aggregate heat map to show where people train the most. This looks pretty cool but can also help find new places to run.

I was looking for routes for a run in London and the standard map doesn't look too promising. 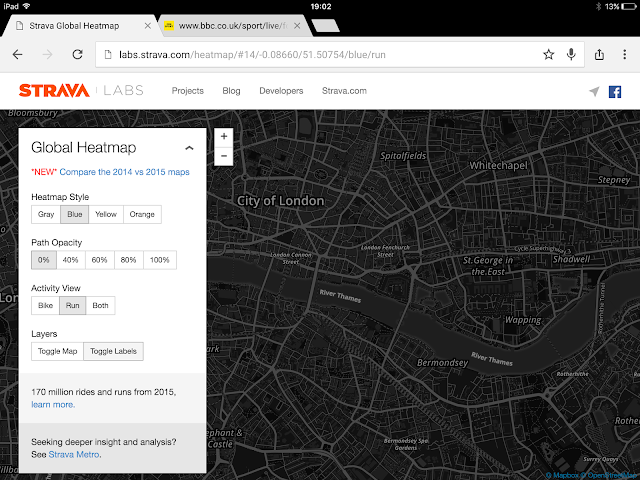 However when you add in the run heatmap, you can see a lot of main roads are popular - presumably with run commuters. However Wapping on the right side of the map also glows brightly. Sure enough, there is a nice footpath next to a canal away from traffic. 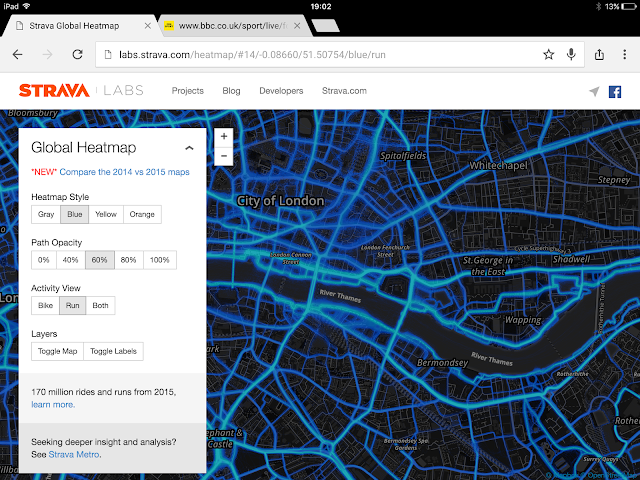 I was on a trip to New York staying near Wall Street and had a couple of hours free for a run. A quick look on Strava showed the West side of Manhattan by the Hudson River was very popular. There was a cycle path with plenty of space to run. I could probably have found this anyway but it saved me time finding a route. Towards the top of the map, you can see Central Park. It also highlights an athletic track in Brooklyn just below Greenpoint and North of Williamsburg. 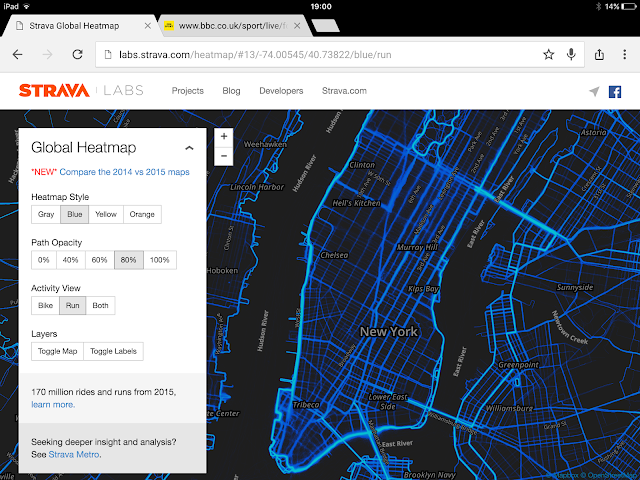 I had a look round near where I live, This is an area with lots of great trails including the North Downs Way and the Vanguard Way. Now this is where you can be clever. A bit of spot the difference between the bike and run maps helps find some great trails. The bottom right had corner of the map shows the North Down Way which is a great trail and free of road cyclists and even mountain bikers. It also shows the Titsey Trail and a few other footpaths.

The circuit near the minus sign is  Kenley aerodrome which is popular with cyclists and runners so could be a good place of quiet road training. Parks show up very brightly in run mode - particularly if they host a Parkrun. 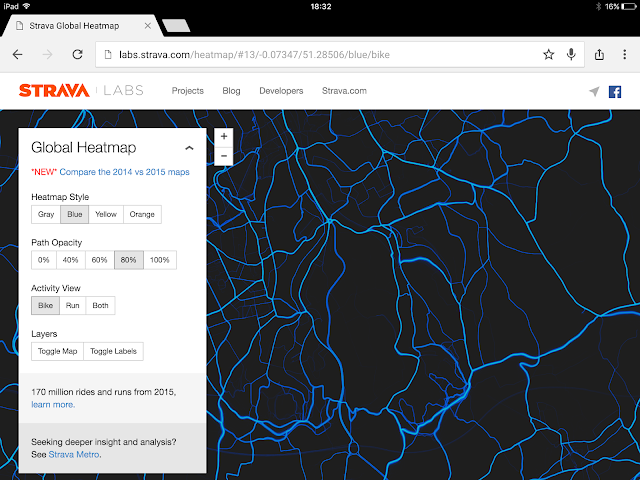 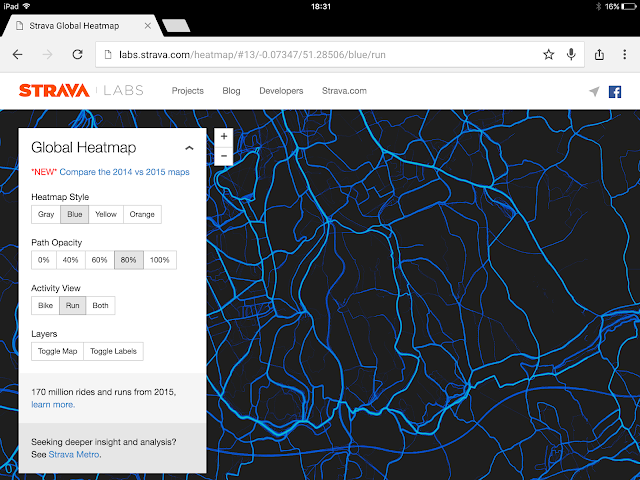 It isn't perfect though - the smooth line near the bottom of the map which is apparently popular with runners and not cyclists is the M25 Motorway which is out of bounds to both. Clearly a few runners has left their Strava running for the post run drive home...