After I posted my 100 mile pace analysis, Andy Cole mentioned the West Highland Way had some good stats. I have put them through the mixer to see how they compare with the 100 mile dataset. The WHW is "only" 95 miles but the Scottish terrain more than makes up for the slightly shorter distance. 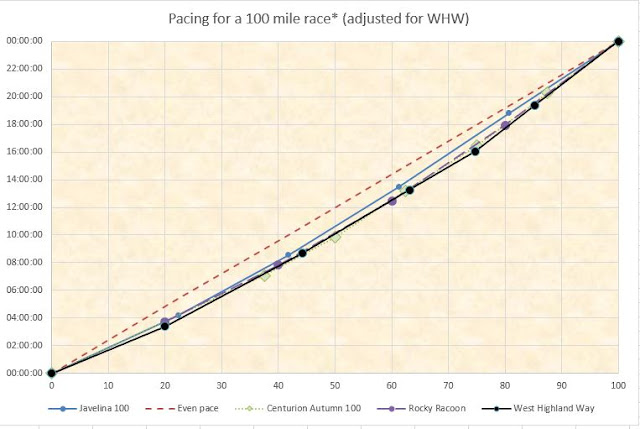 I took an average of the splits at each aid station and divided by the average total time. I scaled the mileage by 0.95 to make it scale to 100.  The WHW is almost exactly in line with the Rocky Racoon and Autumn 100. The Javelina 100 is slightly above which I have put down to the scorching hot day and more benign night which affects pacing. 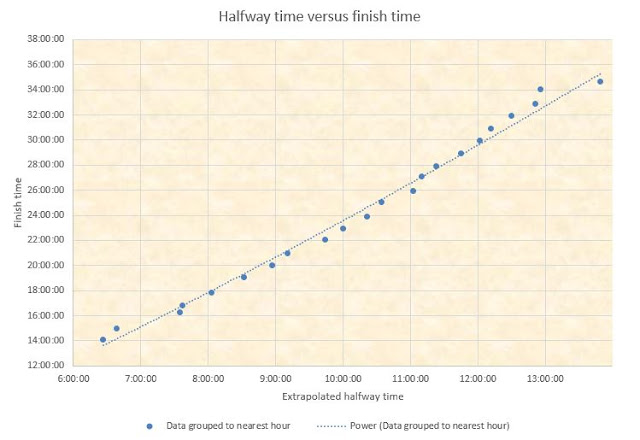 I have also calculated the average splits for a given finish time. They are grouped to the nearest hour so there should be enough to form an average. There is quite a big range but this an AVERAGE.


I also looked at the "slowing down factor". The fastest finishers slowed down the least with the front runners taking 120% of time to complete the second half and the tail of the field taking more than 150%. The average is 138% (very close to a 10/24 split...) 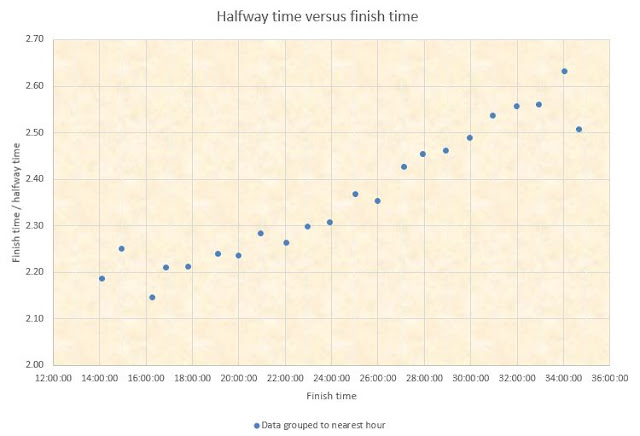 I had a look at how the multipliers vary by age and gender. Conventional wisdom suggests that older runners are more experienced and pace more evenly. Also women are less macho so won't get pulled into racing off to quickly.

However looking at the data rather stereotypes gives a different answer. The groups are fairly even with the 50+ Women being the "worst" at pacing and under 40s men being the second "best" but not a lot in it.


All the categories are fairly similar though and no real statistical difference. However might be a bit of Ecological fallacy going on here. 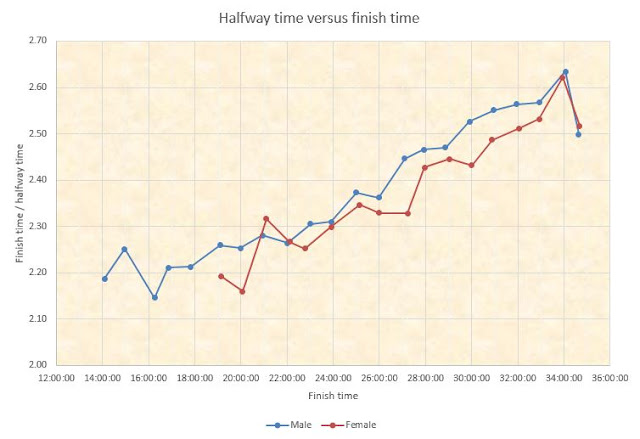 But there is still a lot of variation... 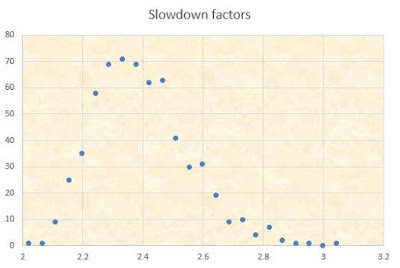